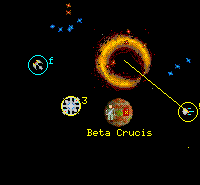 If you want to improve your play, you can observe the better players by joining the observer port (right click on the metaserver).

All dates are in month/year or as close as I can get to it.

The information here should be completely accurate. Errors should be limited to errors of omission (though there are probably LOTS of those).

Names found above, with a summary of major accomplishments:
fadden@amdahl.com